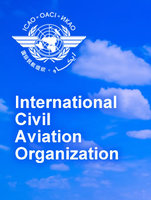 The Death of Lithium Batteries in Transportation

On January 27, 2016, The ICAO Air Navigation Commission voted to ban lithium ion batteries as cargo on passenger airplanes. In October 2015, The ICAO Dangerous Goods Panel voted 11 – 7 for more restrictions on lithium batteries but not a complete ban as cargo on passenger airplanes. It appears the matter will be settled at the end of this month as the ICAO Council considers a solution.

The Council consists of 36 member states elected by all member states (Assembly) of ICAO. ICAO was established and authorized by the United Nations after World War II to be the governing body for the international transport of dangerous goods by air. ICAO became a Special Agency within the United Nations. Several others you may be familiar with are the IMO, WHO, IAEA, and the WMO to name a few.

The result? We have one committee within ICAO saying ban lithium batteries as cargo on passenger airplanes and one committee saying no ban. We’ll find out when the council votes by the end of this month.

The vote is really insignificant primarily because nearly every passenger airline in the United States has already banned the batteries from their aircraft. The United States (FAA), Airline Pilots Association (ALPA), and a host of others have been fighting for a ban for some time, not only for passenger aircraft but for cargo aircraft as well. 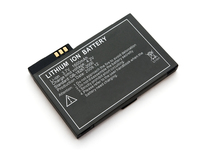 Why? Lithium Batteries are bad doo doo. They have this inherent characteristic called, thermal runaway. They blow up and catch fire all by themselves. And when they do, current fire suppression systems in the cargo compartments of all airplanes operating today can’t contain the lithium battery fires. There have been several documented cases of lithium battery fires onboard aircraft, most notably, a UPS 747 which was tragically lost in Dubai in 2010.

On January 15, 2016, ICAO issued Addendum No. 3 to the ICAO Technical Instructions. A summary of addendum no. 3 includes;

Similar restrictions have also been added to Packing Instruction 968, Section II, for lithium metal batteries, which have been banned as cargo on passenger aircraft since 2015.

The aviation community has spoken. It will now be up to the battery manufacturing industry to come up with viable packaging to eliminate the significant risk posed by lithium batteries to our health, safety, or property when transported by air.

Although no specific date has been suggested, we can expect the lithium battery prohibition on passenger aircraft to coincide with the aforementioned restrictions on April 1, 2016.